Answer:
People often ask whether they can sync their devices to multiple Bluetooth headsets at once. Consider your summer holiday. On the flight, it may be handy to sync two Bluetooth headsets to the same device, allowing you to watch the same movie as your companion.
Unfortunately, most Bluetooth headsets connect to a single source at a time. As such, devices are unable to sync with a second headset on the same Bluetooth connection. There are exceptions, however, with some modern Bose products allowing two headsets on the same feed. For most brands, this is not an option.
Dual-headset functionality comes at a cost
As well as expensive brands such as Bose, some independent devices permit two Bluetooth connections through a single audio input. These devices allow smartphones to play audio through one Bluetooth device while a splitter pushes the Bluetooth signal out to two headsets. In this case, the phone is connected to the splitting device, and the device to the headsets.
Typically, these splitters retail at around $30 and can be purchased through regular online retailers. 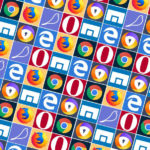